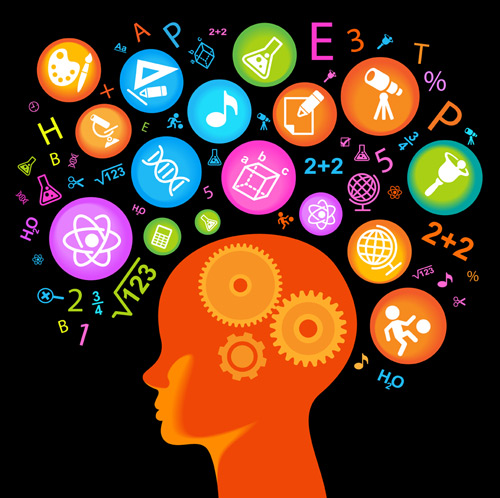 As a significant portion of the population approaches retirement, increased attention has been paid to the seemingly inevitable mental decline that accompanies age. However, Gene D. Cohen, M.D., Ph.D. and founding chief of the Center on Aging at the National Institute of Mental Health, sets out to debunk the misrepresentation of midlife as a time of crisis or slowing down. Instead, he says, it is the time of life where we are at the height of our creative abilities.

To prove his theory, Cohen introduces the concept of developmental intelligence, a “maturing synergy of cognition, emotional intelligence, judgment, social skills, life experience and consciousness.” Cohen proposes in his The Creative Age: Awakening Human Potential in the Second Half of Life book that there are four phases of psychological development in mature life:

He dispels the notion of the “midlife crisis” cliché; instead, dubbing it as an “inner push,” which Cohen says, “enables mature people to examine their lives with a freedom and wisdom not attainable during youth.” Despite the increased physical difficulties that come with age, this stage of life can be marked by heightened creativity and continued growth and development.

Our brains: better with age?

“Old dogs can learn new tricks,” Cohen says, drawing on the results of two revolutionary studies that illustrate that the midlife and golden years are anything but “retiring,” and that creativity, intellectual growth and more satisfying relationships can blossom at any age. His research establishes that both hemispheres of the brain are used more efficiently and that the brain becomes vastly more creative as life goes on.

However, the ways we perceive the brain may change with the theories and research presented by Cohen in his book, The Mature Mind: The Positive Power of the Aging Brain. Here, Cohen cites research indicating that the aging brain is highly capable of forming new neuron-to-neuron connections in response to new experiences. Like fine wine, our brains become richer and more complex as they age, balancing the “right” and “left” portions and forming a vast network of life experiences—some of the key ingredients for creativity.

Pursuing your passions at any stage

“In the past few years, I have made a thrilling discovery…that until one is over sixty, one can never really learn the secret of living,” quipped Ellen Glasgow, who won the Pulitzer Prize in 1942 at the age of 67 for In This Our Life. This secret of living that Glasgow refers to is our individual creative spirit. When we think of creativity as a life force, we often think of such renowned artists, writers, inventors or scientists as Mother Teresa, George Bernard Shaw, Laura Ingalls Wilder, Sigmund Freud, Carl Jung or Thomas Edison who, it should be noted, made their most prolific contributions in their later years.

Human development expert and Harvard professor Howard Gardner calls such amazing accomplishments by notable people the “big C” creativity—public contributions that change entire fields of thought or influence people on a national or global level—much like Albert Einstein’s Theory of Relativity or Andy Warhol’s pop art paintings. Conversely, “little C” creativity applies to the small challenges or everyday efforts by individuals, such as cooking more creatively or planting a beautiful backyard garden. This personal creativity portrays a fresh perspective and inventiveness, which may or may not have a public impact, but still gives great satisfaction in one’s own life.

So where do you start? Your creative journey might begin with a new cookbook, making time for daily writing sessions or by taking an art or language course at a nearby college. Some schools, like Idyllwild Arts Retreat near Palm Springs, Ca. cater exclusively to creative adult education, offering week-long summer courses in mixed media painting, jewelry-making and Navajo rug weaving.

“Exploring our creativity is an incredible source of positive energy and an important distraction from the routine of our daily lives,” notes Natasha Kogan, author of The Daring Female’s Guide to Ecstatic Living. “Engaging in creative pursuits can benefit us at every stage of life, but particularly, as we get a bit older, as lives get more complicated with kids, houses, mortgages, marriages, jobs, and other life layers that are inevitable. To prevent ourselves from being taken over by the routine and responsibilities of our lives, we have to keep our creative spark and be invigorated by it. To be creative, to change, to explore different parts of ourselves, is to truly live life to the fullest.”

Doreen Onion + Timothy Justice, Denver, Colorado: We are both in our late 40s and our changes came about after indulging a passion of my husband’s: we left our careers for a year (psychiatrist and hospital administrator, respectively) to travel all over the country in a converted bus with our standard poodle, Miles. The trip had many unforeseen influences on our lives, not least of which was getting our priorities straight by the time we got back.

The trip spawned a blog of our travels and the book, QUEEN OF THE ROAD: The True Tale of 47 States, 22,000 Miles, 200 Shoes, 2 Cats, 1 Poodle, a Husband, and a Bus With a Will of Its Own, which is my memoir of a couple striving to choose the unconventional road (even if one of us had to be dragged kicking and screaming) with all the ruts and wrong turns along the way (in our case, fire, flood, armed robbery, my developing a bus phobia and finding ourselves in a nudist RV park, to name just a few). It’s a tale about not settling: in life, at work, or in relationships.

Most people feel rather invulnerable until they hit their 40s. At that time, peers start to become ill, and they themselves may start getting health problems. We start examining our priorities and where we spend our time. When faced with one’s own mortality, the question, “Is this all there is?” becomes inevitable.

David Waddle, Portland, Oregon: David Waddle always wanted to be an artist, but it wasn’t until his late thirties that he finally started to get serious about it. “One day, an artist friend was looking at some of my sketches and said that I needed to be painting on a regular basis.” So, he did, and soon had his first art shows, followed by an art residency at a gallery on Santa Fe’s famed Canyon Road.

“I felt like I had to get my personal and professional life in order first,” he says. “Now, in my forties, I’m serious about my artwork and paint nearly every day.” In addition to painting, he experiments with ceramics and, while living in Arizona, carved large-scale, intricate tiki statues out of dried palm tree wood. “I still have my day job—for now,” he says, “but I’m moving toward becoming a full-time artist in the near future.”

Jonathan Poretz, San Rafael, California: I’m a PR person by day, but by night, I’ve returned to my passion as a singer. For me, the decision to go back to showbiz stemmed from my mother’s passing 10 years ago. It was then that I realized that life is short, so I’d better start making myself happy—and fast. So I dove in, feet first, then the whole body, back into the world of musical theater and eventually jazz singing. I’m doing well: My debut CD is out this month and I played Frank Sinatra in the “The Tribute to Frank, Sammy, Joey & Dean” in San Francisco and Boston.

Midlife crisis? You bet. I’ve turned my life completely inside out to make this work, including a divorce after 13 years of marriage. But what I’ve learned is that being happy in life is the best lesson I can give my two wonderful daughters. I’ve also learned that if you have people around you who believe in you, you can follow your passion. It just takes a lot of work.

Chris & Randy Kueter, Davenport, Washington: We’ve been trying for years to figure out how to combine our love of nature, food, people and good conversation into a business—possibly a bed-and-breakfast or a bakery/espresso shop. We recently purchased 23 acres in rural eastern Washington, and discovered that we are in a wine-growing region, so the next thing is to grow grapes and attend a vintner program at Eastern Washington University.

Randy recently experienced a health crisis and I lost my mother after six long years of suffering from late-stage Alzheimer’s. We came to the decision that life is too short and we were spending too much time focused on things that aren’t really important. So, we decided to slow things down and sell his environmental consulting business to increase our quality of life and have some fun.

When Randy and I got married, we decided that we didn’t ever want to be bored! We have a trio of rescue basset hounds and recently traveled to Australia for the first time. I think life is an evolutionary process—we’re continually re-creating ourselves whether we know it or not.

Walter Kuchinski, Charlotte, North Carolina:  As head of HR at an executive search firm, I’ve coached thousands of people from all walks of life. Business has changed dramatically over the course of my career, particularly for the Boomers who have suffered through mergers, acquisitions, downsizings and corporate restructurings. Unfortunately, far too many have been caught short, thinking loyalty would carry them through their career, and they often find themselves truly lost when a layoff occurs. However, once the shock of change is over, people often look at these transactions as a fresh start, a chance to somehow leverage what they are good at and focus on their passions. At a certain point in life, it isn’t just about the money anymore.

Since age 11, I have been playing guitar, taught initially by my Dad and then later by some great musicians. It has been a lifelong pursuit which has, (except for my teenage rock-and-roll band), always been a form of relaxation and enjoyment. Last year, in the process of taking a hard look at my own life and goals, I decided to try and start playing professionally. I sent a demo CD to a local agent and he immediately began booking me!

If you had told me that at age 58, I would be recording, releasing and selling my own music CD, Guitar Travels, I would have never believed it. But here I am, still growing, following my passion and it is taking me on a new journey in life.

Maya Talisman Frost, Mazatlan, Mexico: As a mindfulness trainer, I have taught thousands of people how to pay attention in order to become calm, clear and creative. As we get older, we begin to recognize that the pursuits that go along with traditional success don’t always fulfill us. We long for greater expressions of creativity, and we wax nostalgic about times—perhaps in our teens or twenties—when we were able to passionately pursue artistic activities without worrying about building a career or climbing the corporate ladder.

Once we’ve achieved a certain level of success, we become intrigued by opportunities to express ourselves more playfully. The joy of creation without expectations becomes extremely appealing, and if we find ourselves with the time and means to pursue these activities, we can become truly passionate about these new directions. We can finally give ourselves permission to play—and any artist will tell you that’s the most important part of any creative endeavor. She has since published The New Global Student (Random House/Crown, 2009) written while living in Argentina. “Inspired by my own experience shepherding four teenager daughters through high school and into college, the book is packed with inspiring stories and helpful tips for students and parents seeking alternative ways to get a great international education without spending a lot of money. The New Global Student has become the go-to guidebook for exchange students and traveling families around the world.”