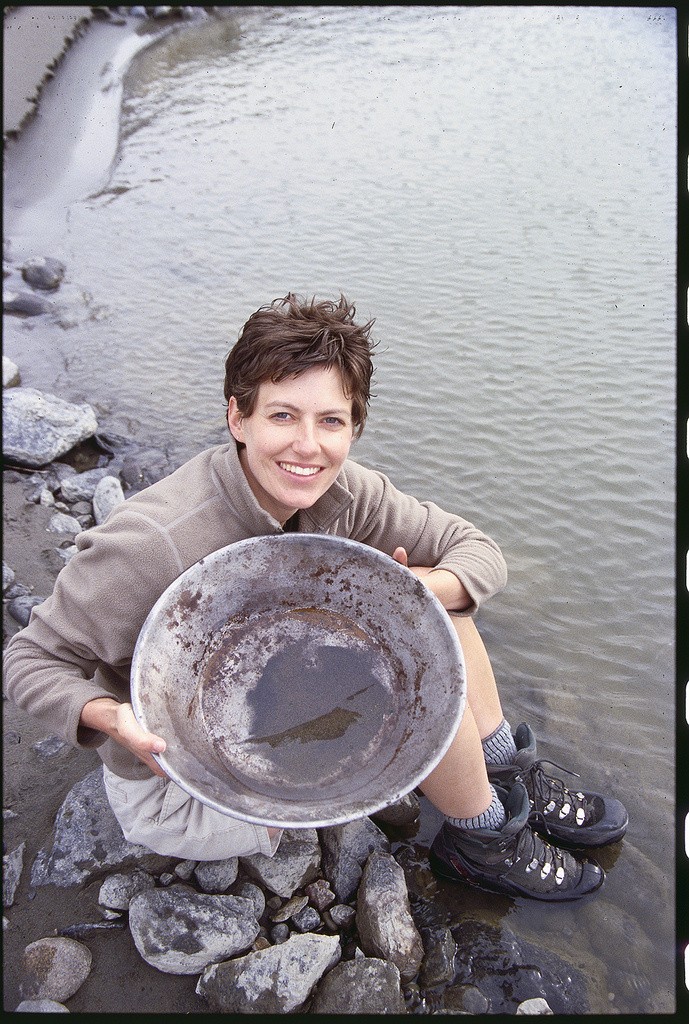 For the last 150 years, people have risked their lives to go in search of Arizona’s lost gold, silver and other buried treasures. As recent as January 2011, the Arizona Republic reported more remains found in the Superstition Mountains, suspected to be three Utah friends who disappeared the previous July while searching for the riches of the fabled Lost Dutchman Mine.

“These sites exist in some of the most rugged, dangerous wilderness areas of the U.S. Forest Service,” said George E. Johnston, president emeritus of the Superstition Mountain Museum. “It’s hard to separate the legend and the lore from the lies,” he said. “But there’s enough to it to encourage people to go after that gold. For almost 120 years now, they’ve been looking for it.” The lure, he said, continues to draw treasure hunters from all over the world to the Superstitions. Weekly, he fields questions from visitors who want to know where the gold is. If only it were that easy.

Since its early Gold Rush days, Arizona has produced in excess of 498 tons or 16 million troy ounces (ozt.) of gold. In 2006, all of Arizona’s gold production came as a fortuitous byproduct of copper mining. But with the dollar’s decline in recent years, gold mining has experienced a sudden resurgence: From the Discovery Channel’s show, Gold Rush Alaska, where six men risked it all to strike it rich mining the Alaskan wilderness to a distinct rise in gold claims filed in Arizona. Not only has the value of gold, silver and other precious metals surged over the last decade, but financial experts claim that their worth will only increase exponentially in years to come.

Arizona’s Gold Rush
In the early 1850s, the Colorado River crossing at Yuma became a major route for gold seekers from the East. The gold trail led through New Mexico, Tucson, and Yuma to California. As was common in the West, the first discoveries of gold were placer deposits, followed by lode deposits found near Apache Junction, Big Bug, Bullhead City, Chloride, Globe, Oatman, Pearce, Quartzsite, Salome and Tombstone, which yielded the lion’s share of the state’s early gold supply. Jacob Snively hit the first major gold strike around 1857 with sizeable nuggets found in the Gila River near Gila City, Arizona’s first boom town. Mining flourished in Gila City until 1862 when a flood destroyed the town.

The second significant gold discovery was made by Pauline Weaver (of Weaver’s Needle fame) in 1862 on the Colorado River at La Paz. By the time the miners had excavated all of the gold at La Paz, they had retrieved eight million dollars’ worth. Word traveled fast and, after Weaver found gold, every miner who had not yet struck it rich in California headed for Arizona. Almost overnight, Arizona was inundated with would-be millionaires. Gold mines subsequently popped up all over the state in riverbeds, hills, caves and mountains.

Henry Wickenburg came to Arizona in 1862. He was believed to be part of Pauline Weaver’s original exploration party that traveled along the Hassayampa River. According to legend, this was when he spotted the large quartz outcropping, which later became the Vulture Mine. The quartz veins of the mine produced 366,000 ounces of gold over the next century.

Wickenburg initially worked the mine by himself, but sold the gold ore to other prospectors. Wanting to retire in 1866, he sold 80% of the mine to Benjamin Phelps and other East Coast investors. The Vulture Mining Company was born. Wickenburg established a farm near this settlement, now known as the town named in his honor.

Then in 1868, Wickenburg used his gold proceeds to fund a new project that would change Arizona history forever: The Swilling Irrigation Canal Company, conceived by ex-Confederate soldier Jack Swilling of Prescott. By 1869, water was once again flowing from the ancient Hohokam canals – for the first time in 400 years – into the fertile land of what would later become known as Phoenix.

In fact, many cities in Arizona were named by the miners that flocked to their respective areas. Rich Hill was the single richest discovery of gold in one place. Until its closure in 1998, the Gold Road mine in Oatman was Arizona’s last operating gold mine.

Many legends of lost treasure from Arizona’s early Gold Rush days still remain to this day. Most Arizonians are familiar with the Lost Dutchman, but there is a whole host of other tales of lost gold and loot (some with crude maps) still buried in the desert. Some favorites include:

Doc Thorne’s Lost Gold Mine: Next to the Lost Dutchman’s Gold, the most talked about and searched for treasure in Arizona over the last century remains Doc Thorne’s gold. One searcher claimed to have found veins of gold in a narrow canyon just south of the Mazatal Mountains (near Four Peaks on Maricopa/Gila County borders). The man brought pouches of gold nuggets he dug from the quartz vein to an assayer in Phoenix. The tests revealed the gold to be rich, but the man was never able to find the original dig site again. (Jameson, 2009).

Vekol’s Buried Silver Ingots: Just a few miles north of the old ghost town of Vekol, near Casa Grande in Pinal County, lies a legendary cache of 300 silver ingots, each weighing 25 pounds. The ingots were buried in 1891 in a hastily made, shallow excavation and, likely, only a few inches below the surface. Depending on the purity of the silver, various estimates place the value of the silver cache at close to one million dollars. (Jameson, 2009).

Gold in Morgan City Wash: In 1934, Palmer Ashley was helping his father work a difficult, low-grade prospect near Morgan City Wash, 23 miles outside of Wickenburg. When Ashley’s dad took a break to go into Phoenix on business, the young man decided to investigate a rumored lead deposit nearby. A passing prospector had told him to “hike a half-mile up the wash to a 20-foot-high wall on the right bank. This wall has vertical eroded ridges resembling a pipe organ. Over this wall and back of the next rise is a prospect hold with large chunks of galena (lead sulfide) on the surface.” While searching for the fluted wall, Ashley tumbled down a steep wash bank and, while nursing his bruises, noticed “a ledge of pure white quartz streaked with red and green.” He broke off a piece and put it in his sample sack. When his father later examined the specimen, he noticed the underside of the quartz was covered with fine wire gold and pinhead nuggets. The Ashleys were never able to retrace Palmer’s path to the ledge. (Conrotto, 1991).

Skeleton Canyon Treasure: During the late 1800s, a gang of bandits conducted a raid on the city of Monterrey in the Mexican state of Nuevo Leon. During the robbery, they were confronted by a small contingent of Mexican soldiers and police and a battle ensued. In addition to the bank, the bandits looted the city’s cathedral. Packing their booty onto a number of mules, they fled, heading northwest toward a remote pass through the Arizona/Mexico border. The treasure buried in Skeleton Canyon has never been found, the value of which could amount to $20 million or more today. (Jameson, 2009).

Digging for Gold Today
I had heard of a publicly declared gold excavation and panning trail in the Lynx Lake Recreational Area near Prescott and decided to investigate. When we arrived, the parking area held a variety of license plates, from California to Florida. Just a few feet down the trail, we found several people swishing gold pans in the water, while others had more intensive operations with motors set up behind the screen of brush along the riverbed.

Treasure hunters guard their techniques and secret mining spots like truffle hunters. Many were willing to tell me where I could buy my own panning tools and I also learned that gold is easiest to find after a hard rain. However, when asked if they’d been lucky as of late in their gold-seeking endeavors, one man was only willing to say that he “finds enough to keep him interested.”

So how to get started? Where can you learn of other dig sites or techniques and trade secrets of gold prospecting? Here’s a roundup of the best mining clubs, tours, dig sites, claim staking, books and historical information to help you start your own quest for Arizona gold.

Tiffany Owens is a freelance travel writer and the Phoenix/Scottsdale City Expert for HomeandAbroad.com. 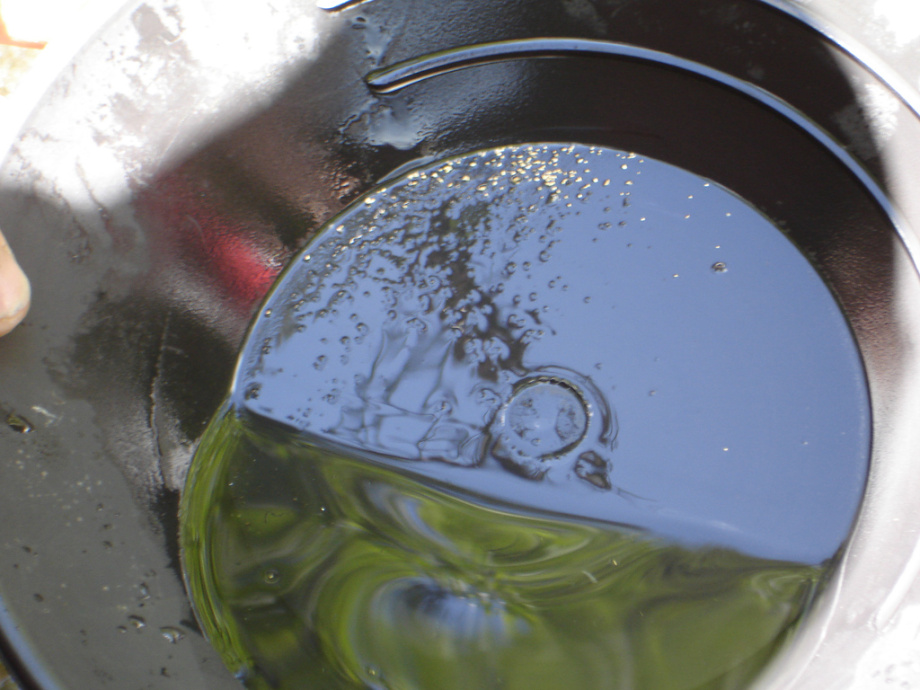