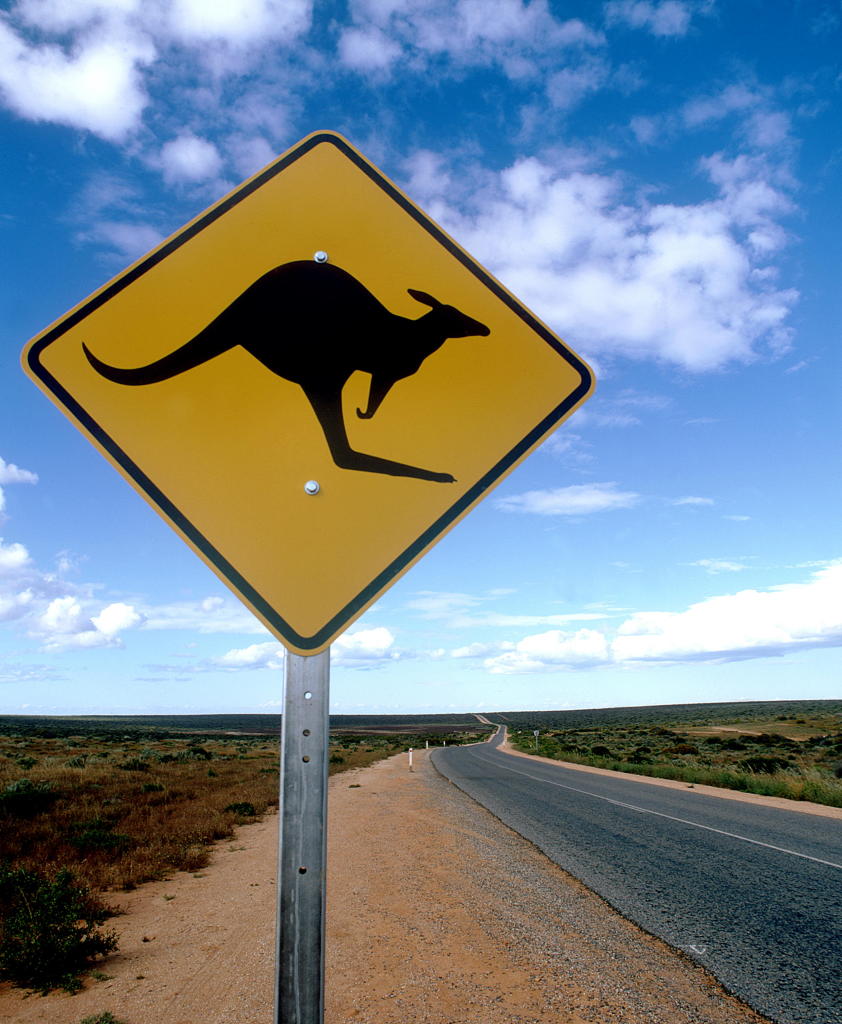 In annual travel surveys, Australia regularly tops the wish list of American travelers for international destinations. Sydney and its iconic Opera House have always figured prominently in travel itineraries, as well as other widely known and highly photographed natural treasures, such as Ayers Rock or the Great Barrier Reef.

But in recent years, the laid-back, yet cosmopolitan Melbourne has begun to edge out its sister city as the country’s fashion capital and a popular destination in its own right. Renowned for its high style and European-like café society, Melbourne boasts some of the best boutique shopping, world-class restaurants, well-tended parks and preserved architecture, as well as year-round food, wine, arts and sporting events, such as the Fringe Festival in September-October and the Melbourne Cup in November.

But be warned: Melbourne, much like Australia itself, is much larger than first-time visitors expect. “The key to understanding and seeing all that this city has to offer is to first get to know its neighborhoods,” my friend, a native Melburnian, told me when I first arrived. Just like NYC’s Times Square or the West End in London, each precinct has its own distinct flavor and identity. Visitors can zigzag around the city by tram or taxi to experience them all, or spend an entire day immersing themselves in all that these diverse districts have to offer individually.

City Center/CBD
Locals refer to downtown Melbourne as the “CBD,” or Central Business District, the city’s shopping mecca and home to the highest concentration of art galleries, theaters and restaurants. Federation Square or “Fed Square” is a unique cultural plaza that holds many of Melbourne’s noteworthy museums, along with the city’s official Visitor Center and 15 acclaimed restaurants, cafés and bars. Those in search of prestigious, internationally known labels flock to the funky, tree-lined Collins Street with its Gothic architecture; nearby Little Collins Street and its Magnificent Seven City Arcades offers a mind-boggling plethora of men and women’s designer fashions in more than 250 shops housed in 19th-century buildings and historic enclaves.

North end
Just north of downtown are the suburbs of Fitzroy and Carlton, Melbourne’s bohemian and Italian communities respectively.

Fitzroy is a cutting-edge mix of the alternative, artsy and trendy, with an inspiring collective of young designer and funky vintage/retro/secondhand clothing, handmade jewelry, pop culture bookstores, eclectic art studios, quirky cafés and cool restaurants, and a thriving nightlife. Brunswick Street is Fitzroy’s undeniable epicenter; but nearby Smith Street is quickly growing in popularity as a multicultural food mecca. Here, hungry shoppers can get great organic and vegetarian fare, as well as tasty, affordable Greek, Asian and Middle Eastern meals. Between the two lies Johnston Street, Melbourne’s Spanish quarter, where visitors can choose from a wide variety of tapas and flamenco bars.

Conversely, Melbourne’s version of Little Italy can be found on Lygon Street in Carlton. The city’s famous café culture was born here, with the import of Melbourne’s first espresso machine in the 1950s. Its Victorian and Edwardian terraces are full of Italian-owned sidewalk cafes and restaurants serving creamy gelato, mouthwatering pizzas, hearty bowls of pasta and fine espresso drinks. Wander a bit further down the street to discover great galleries, bookstores and plenty of shops selling the latest Euro fashions.

Beachside
St Kilda was originally an upscale seaside resort, but is now a favorite local hangout on weekends. Residents and visitors alike come to walk, bike and skate along the palm-lined shore or enjoy a coffee at one of the seaside cafés with panoramic views of Port Phillip Bay. Heading away from the shore, Fitzroy Street is renowned for its attractive outdoor cafes; Acland Street is a bustling mix of restaurants, nightclubs, wine bars, second-hand furniture and clothing shops, as well as independent book and music stores. During the day, you’ll find the place abuzz with latte-fueled shoppers; in the evening, the streets are filled with club goers.

Eastside
Richmond, one of Melbourne’s earliest neighborhoods, is widely known for its Greek and Vietnamese communities, as well as its bargain shopping and factory outlets. Bridge Road and Swan Street are prime destinations for bargain designer shopping, and the area’s finest Greek restaurants and cafés. Victoria Street is the center of Melbourne’s Vietnamese community with a long strip of excellent, affordable restaurants, bakeries, butchers, fish markets and grocers.

Southside
Just south of downtown lies South Yarra and Prahran, a haven for foodies and fashionistas alike. Cruise the trendy Chapel Street shops to find everything from funky housewares to hip fashions by top designers. For an adventurous detour, head over to Greville Street for retro clothing, record stores and eclectic gifts. Nearby Toorak Road and High Street are also well-known retail areas, with specialty shops and boutiques.

Bayside
Head west along the water to Port Melbourne, South Melbourne and Albert Park for a charming array of food markets, delis, cafés and beautifully restored, Victorian homes and storefronts.

While away an afternoon on Clarendon Street in the heart of South Melbourne for good food, hip fashion, and amazing coffee. Between South Melbourne and Port Phillip Bay lies the picturesque Albert Park, a popular destination for café and deli dwellers along Bridport Street.

The “Great Ocean Road” Trip
When you’re ready to escape the city, The Great Ocean Road offers a scenic coastal drive along some of the region’s most stunning beaches and natural scenery, just two hours from Melbourne. Along the coast, seaside resort towns, like Lorne and Apollo Bay, make for a perfect seaside day trip. (Tell passengers to keep their eyes trained along the roadside gum trees at dusk, for that’s when koalas are most likely to make a sleepy appearance.)

One of the most highly visited stretches of the Great Ocean Road is Port Campbell, whose coastline has been wind- and water-sculpted over millions of years to form the Twelve Apostles, striking limestone rock stacks that rise out of the Southern Ocean and one of the area’s most popular natural attractions.

In 2006, Parks Victoria unveiled the Great Ocean Walk, a 56-mile hike through Aussie bush country. Hikers can choose to stay overnight in special “walk-in, walk-out” eco-properties (such as the Cape Otway Center for Conservation Ecology), or sleep under the stars at seven picturesque campsites along the trail. Best of all, The Walk offers outdoor enthusiasts access to a spectacular coastal moor, inaccessible by road, that affords private viewings of secluded beaches, remote wetlands, picturesque coves, lush rainforest, and an amazing array of Australia’s wildlife, such as kangaroos, koalas, echidnas and wallabies.

The Walk begins in Apollo Bay and extends to Port Campbell Marine Park, traversing cliffs above the “Shipwreck Coast,” which leads to fantastic views of the iconic Twelve Apostles.

Note: View the original version of this article here, as it originally appeared in the Nov/Dec 2008 issue of Arizona Highroads magazine. 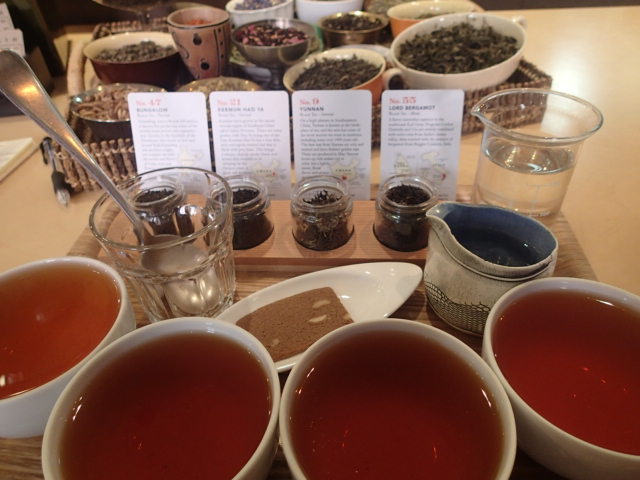